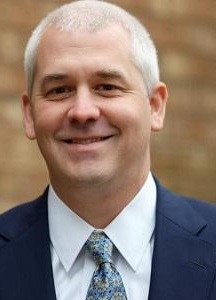 As we move into the final stretch of 2021, many investors are wondering if the market can deliver a holiday treat. One of the most common concerns we are hearing from clients this year is fear that a market correction is just around the corner. The reasons are many, but one common theme has centered around skepticism that the market can continue to defy gravity. While it is true the market has gone an abnormally long time without a significant pullback, the reality is that it doesn’t tend to follow any prescribed timeframe.

To be fair, not all concerns in the market have been created out of thin air. Elevated equity valuations, supply chain issues, inflationary pressures, and political brinkmanship are just a few examples of the challenges that investors have faced over the past few months. Yet, in the face of all these issues the market has looked the other way and continued its march higher. But what if the market isn’t ignoring the bad news, rather finding the good news?

The chart above lists several statistics for 3 major US stock indexes: S&P 500, NASDAQ, and Russell 2000. Naturally everyone’s attention goes to the first column with YTD performance numbers, but I believe the two columns on the right side tell a more important story. The third column from the left shows the percentage of stocks in the index with a least a -10% drawdown from YTD highs.   Approximately 90% of all stocks in the respective indexes have dropped in price by AT LEAST -10% this year, with the Russell 2000 having 98% or almost the entire index suffer a -10% or more drawdown this year. The last column on the right displays the average drawdown from the YTD high.  So not only have a large number of stocks experienced a decline of at least -10% this year, the average has been much higher. The average NASDAQ drawdown has been nearly -40%!!!

The unique insight here is that while everyone has been waiting for the “big correction,” it may have already happened under the surface as different sectors/styles have taken turns selling off while other parts of the index stood firm or even increased. This back and forth has allowed the indexes as a whole to stay relatively unscathed while the underlying positions have undergone a series of rolling corrections and price adjustments.

So, what are some of the reasons a year-end rally could still be in the cards?

Markets have certainly come a long way this year, but that doesn’t mean the party needs to end. The items listed above can provide the backdrop for a year-end rally, even in the face of well-placed concerns.

If you have questions about the recent market activity, please contact a member of HCM’s Wealth Advisory Team: